Unpicking the Psychological Thriller/ Turning the Tables on Crime

Talking points and Mapping the Terrain

Do you like twisty crime stories that mess with your mind and keep you guessing right to the end? Welcome to the intense, unpredictable world of the psychological thriller. You may have thought about writing your own one day but felt intimidated by the idea of having to invent such a complex plot? Or perhaps you want to challenge the stereotypical version of the young woman as murder victim and the psychopathic male as the perpetrator but don’t know where to begin? Or perhaps you’re inspired to write a crime novel that explores a complex new psychological disorder but you’re not sure how to make it work as fiction?

In this course participants will learn how to turn stories on their heads to tease out hidden twists, will deepen their understanding of as well as their ability to subvert gender stereotypes in order to create unique characters, and will explore the endless myriad possibilities offered by the use of unreliable narration in the thriller mode.

Trailblazer SJ Watson’s Before I Go to Sleep was the product of a creative writing course in London. With its confusing layers of unreliable narration and blurring of the lines between victim, rescuer and perpetrator it reinvented the psychological thriller for a new generation of readers. The course will simultaneously help students put words onto the page as well as trace the lineage of key texts from Patricia Highsmith’s Ripley classics, through blended genres like Stephen King’s horror/psychological classic The Shining to the latest riffs on the Gone Girl/Girl on a Train subgenre.

“When I think of my wife, I always think of her head. The shape of it, to begin with… And what’s inside it. I think of that too: her mind.” Gone Girl, Gillian Flynn. Or as Stephen King put it in The Shining, “Monsters are real. Ghosts are too. They live inside of us, and sometimes, they win.”

Complex characters, complex relationships. These are thrillers where the violence is just as likely to be emotional and psychological as physical and where the narrator is most likely not telling the truth. Psychological thrillers juggle different versions of events and have incorporated feminism in the sense that the story is often told from the POV of a female victim but one who is unstable and untrustworthy as opposed to being an innocent victim. This genre also draws on the latest in terms of psychological disorders for characterisation and plot. In other words, there may be more than one perpetrator, or the perpetrator may not be the only person who has something to hide.

The morning session will inform, illuminate and inspire with close readings of key texts in the psychological thriller genre. If the minds of the characters are central to the plot, then what kind of mind? Alcoholics often people these novels, their minds twisted by their obsession. Borderline personality disorders are also popular as in the stranger in Louise Dougherty’s Apple Tree Yard about whom the female protagonist becomes obsessed. And psychopaths who, according to one recent book, have been divided into the physically dangerous and the everyday garden variety of emotional, financial and psychological abusers, also offer the writer endless possibilities.

The afternoon session will guide participants through a series of exercises that will provide hands-on techniques for destabilising characters and maximising unpredictability in plot lines. POV will be central here.

Inspiration: The enormous popularity of today’s psychological thriller with readers and writers alike invites close analysis both as a phenomenon and for the way it continues to inspire writers form beginners to seasoned professionals. But what exactly are the current conventions and where to begin when planning a draft? What is your favourite psychological thriller?

Development: What techniques has the writer of your favourite psychological thriller used to create the twisty turny story and to heighten suspense? For example, how does Flynn use POV to create her page turning suspense? And what is the real subject of Gone Girl, Amy’s disappearance or something else? 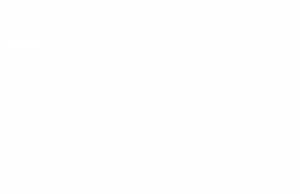 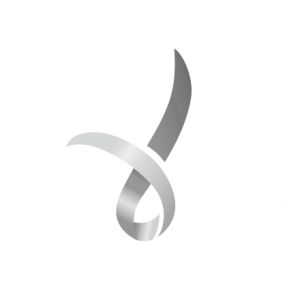